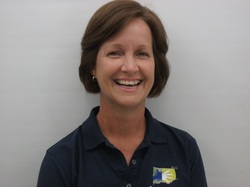 Donna White, having earned a Master of Science degree in Occupational Therapy from Columbia University’s College of Physicians & Surgeons in New York City, and a B.A. in Psychology from DePauw University in Indiana. She is licensed to practice in the state of Florida. Donna is fluent in both English and Spanish.

An occupational therapist working since 1986, Donna has worked with children and adults with neurological, developmental, orthopedic, rheumatologic, and congenital disabilities in a variety of settings, including hospital based, outpatient treatment centers, home-based,school settings.

In Puerto Rico she worked as a Staff Therapist for University Hospital Medical Center in San Juan, then later as Supervisor of Occupational Therapy at Ponce Vocational Center in Ponce, Puerto Rico.

In Florida Donna was an Occupational Therapy Clinical Specialist at Miami Children’s Hospital- Dan Marino Center in Weston Florida between 2002 and 2008.

Donna currently resides in Pembroke Pines FL. with her family and is excited to serve her local community using her extensive training and experience that she has gained throughout her career.